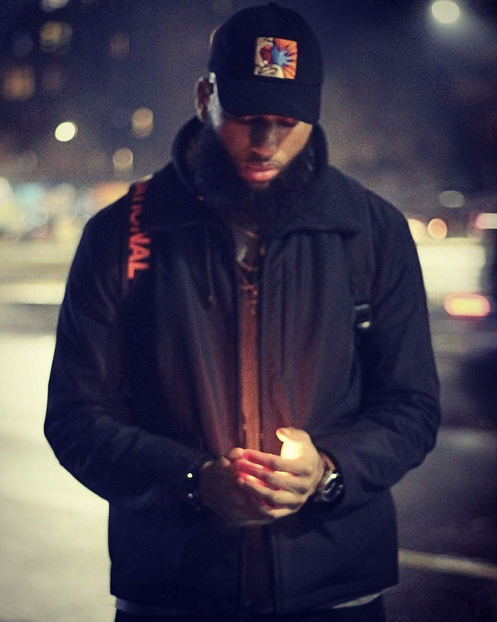 Vive Aka Fly Guy Vive was born in Lansing MI in 1989, he comes from a long line of musicians in his family, including his mother and two late uncles who sing, his late grandmother who also sang and played the keys, etc. he was raised in Detroit MI and surrounding cities including Romulus. He went to Parkman elementary on Detroit’s west side. His mom moved him and his brother around a lot growing up. It was rough coming up being raised by a single mother, she did the best she could and was a role model in his life. Vives love for music started when he was young, either hearing rap music from friends and family or r&b from the older folk he was hooked and definitely felt that music was as just as much apart of him as anyone else. His influences are Tupac, Eminem, 50Cent, Lupe Fiasco, Lil Wayne, Kanye West etc. When he decided to start recording his own music he was fresh out of high school. His art is a direct reflection of his life’s experiences of learning how to thrive and survive when it’s seems the easiest choice is to give up. He speaks for people in the hood, people who have struggled but know their blessing is so close. He’s a voice for his generation and generations to come.