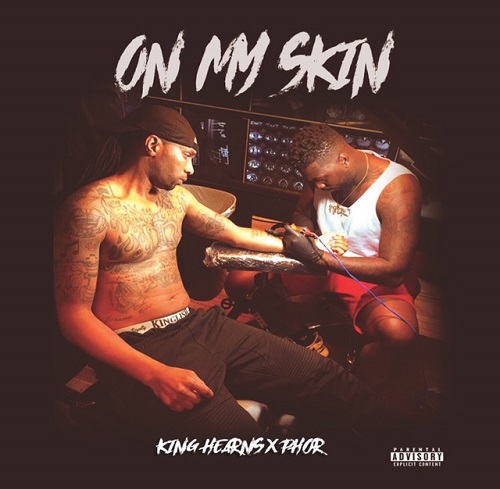 King Hearns a Louisiana artist by way of Dallas,Tx has been on the grind in the lab working on his upcoming release of his mixtape Kinglish Chapter lll. Inspired by his fascination of tattoos and the meaning of getting tattoos inked on your skin. King Hearns has previous released a version of the track On My Skin on his first mixtape after his release from Federal Prison. The remake of the song with Chicago based NMOL artist Phor from VH1s Chicago Black Ink Crew Listen how both artists combine both street music and artistry of tattooing in a ambiance of melodies accompanied with hard hitting beats, Produced by California’s own Bays Finest, making the remix “On My Skin” a Street and Tattoo Anthem for anyone who is willing to live by the motto “On My Skin”! #KINGLISH #NMOL