Recently signed international music beat maker to Cool & Dre – icekream – and Epidemic’s very own Eric Leon drop their first collaborative joint together: ‘No Questions’. This definitely seems like a family affair. The Dubai & Miami based artists are looking to announce themselves on the trap scene with this strong, infectiously delivered, opera-style banger. Eric jokingly refers to his counterpart & fellow song producer icekream (“Gucci on me fur coat cuz I’m with ice…testing out my whole life they be like damn he nice”), signaling to their audience the blatant comedic & fun approach that ensued whilst making the song. We can’t wait to see what’s next.

Marcello “Cool” Valenzano and Andre “Dre” Lyon heard EDM Trap and House music producer icekream and immediately signed him to Epidemic Music. icekream’s unmatched talent is taking Epidemic Music in the direction that the company had been actively pursuing. icekream is a one-of-a-kind producer that has the skills and capabilities in production that Cool & Dre had been in pursuit of for Epidemic Music. With this added talent to their roster, Epidemic Music has now been able to aggressively attract new clients and more business in this new genre of music. The EDM Trap genre has been evolving over the last several years. It’s known for its mix of hip-hop, dub and dance music. Combining icekream’s one-of-a-kind EMD Trap and House music production with Cool & Dre’s hip-hop skills has secured production placement in the United States and international markets. “Immediately upon signing with Epidemic Music, our efforts paid off by securing a first collaborative single in the U.S. market,” says Dre. “We are currently in the process of marketing the first single ‘Lemme See’ with the help of Eric Leon, also from Epidemic Music.” Born in London, England, and raised in Paris, France, Emirati (UAE) music producer icekream has been active in the music scene since he started DJing/scratching at only 13 years of age. By the time he was 24 years old, icekream decided to pursue his musical dreams full-time. After he met his music partner TroyBoi, they decided to launch a Trap attack on Soundcloud as unique artists and as a production/DJ duo named SoundSnobz. With unmatched and unadulterated talent, SoundSnobz turned a blind eye to convention. icekream and TroyBoi were quick to embrace the growing Trap music scene in the U.S. and helped it spread globally. Their fearless, experimental, progressive style has earned them a rapidly growing, international fan base and collaborations with underground and mainstream artists alike. They have worked with such notable artists as Wyclef, Diplo and more. To learn more about icekream and upcoming new music, visit https://www.instagram.com/mrkream. Epidemic Music Group was founded by Cool & Dre. Cool & Dre are a team of American record producers and songwriters from North Miami, Florida, consisting of Marcello “Cool” Antonio Valenzano and Andre “Dre” Christopher Lyon. https://www.instagram.com/epidemicmusic/ 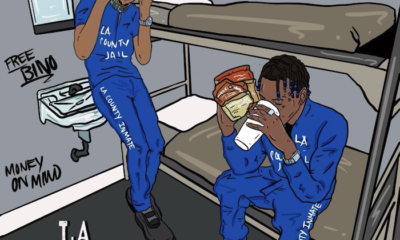