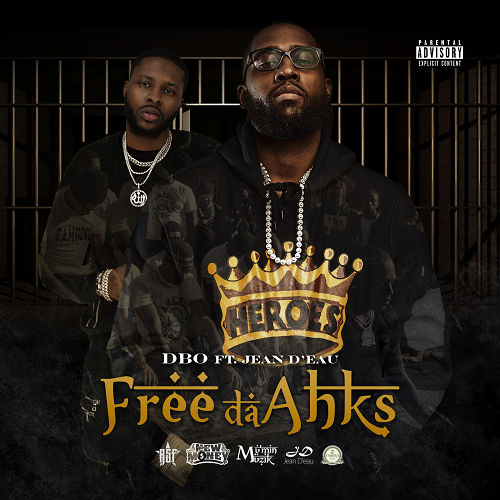 Dbo, born Devan Dumes, in Indianapolis, IN. began getting into music, rapping and writing
lyrics at the age of 18. Aside from being a prominent, rising rapper in the Midwest, Dbo is also a social
activist known for his humanitarianism, and hard work in the community just as much as he’s known for
spitting a mean 16. Dbo works closely with Judah Ministries among many other organizations, and
charities by assisting with back to school drives for underprivileged children, Christmas and Holiday
giveaways, Summer program partnerships and many other righteous causes.
Dbo has collaborated with prestigious rap recording artists such as Kevin Gates, Lil’ Durk and Texas
legends Bun B. of UGK and the iconic Scarface of the Geto Boys. In 2017, Dbo made a huge impact
with the release of his album Deliberation. Celebrity DJ, the renowned DJ Reddy Rock helped break
Dbo’s music in a major way as well as getting an extra push from esteemed program and radio director
Jay 1. Hot 96.3 FM on air personality Bswift was one of the first to believe in Dbo and Bswift cosigning
his music really opened many doors for the budding Indiana based recording artist. Dbo’s success lead
to him winning the Leak Award for Best Male Rapper, and best single. The buzz surrounding Dbo
paved a way for him to share the stage and open up for artists such as Blac Youngster, Lil’ Boosie,
Webbie, Starlito and Bun B. as well.
When it comes to Dbo’s music, there is no one word or phrase that encompasses all that he is as an
artist, however when it comes to Dbo as an all around person, rest assured he is most definitely a man
that cares more about the well being of others, than himself….. because when it comes to the
community and the world, “he gives back”