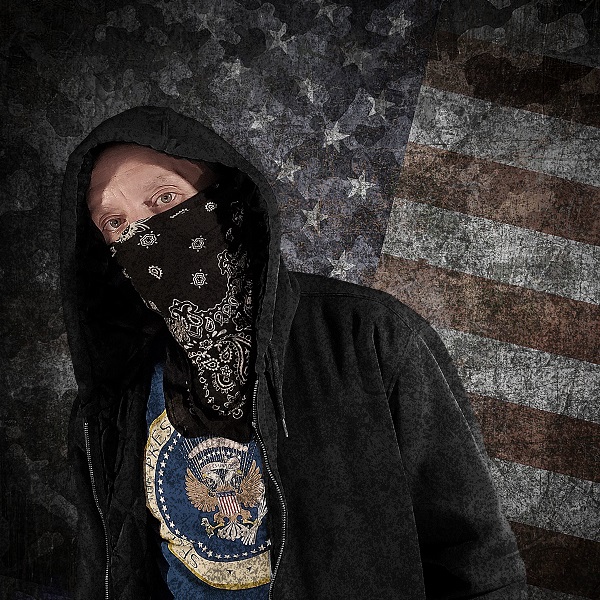 FORT COLLINS, CO – During a week in which the people of the United States of America are gripped in uncertainty about the future leadership of the country, an outspoken artist from the foothills of Colorado is launching a new single that is vocally critical of President Donald Trump. Shane “ShanEye” Cooper’s latest single “Sith Lord Pimp” is a scathing indictment of the President and uses imagery from the famous Star Wars films to portray President Trump as the equal of a tyrannical Sith Lord.

“I’m not anti-Republican or anti-conservative,” ShanEye said. “I own a business and I’m all about discussing policy. I’m an open-minded person willing to change my position. But with this presidency, we’re talking about a bad human being who is not representative of the people in this country. He’s tearing away at the institutions that have founded this country. Free elections have shaped the United States, but there has been such a void in leadership over the last four years. We’re not talking about policy anymore, and when you don’t want to accept the results of the election – as Trump has said he will not – then you’re a threat to democracy.”

ShanEye has been a fixture in the Rock world for more than two decades and is no stranger to music that is critical of social norms or social injustices. He’s one of the lyrical masterminds behind the legendary HeadCrash, LungButter, and Peace Officer bands. And for this new single, he’s teamed up with Shadow, a longtime friend and producer for beatzMafia. ShanEye disappeared for the better part of a decade only to resurface in the most trying of times with blisteringly critical lyrics and vocal performances that rival his best work. Heavily influenced by the Hip Hop wisdom of Public Enemy and Beastie Boys, and fueled by the Punk Rock political fury of DeadKennedys and BadReligion, ShanEye is using this first track as a platform to speak
out against what he considers to be the greatest threat to democracy and the greatest con of
the U.S. era: President Donald Trump.

“I think what I’ve been doing as an emcee over the last 25 years with countless records along the way, attributes to my reflection of the human condition,” ShanEye said. “A lot of what I’ve done has been socially critical, and critical of other things I’ve seen in my life. I create music and speak out against things I see in the world that I think can be improved. That doesn’t make me a negative person. I actually am a guy who sees the glass as half full. I’m constantly optimistic in life and business and relationships. But when I see something I perceive to be wrong in society, I’m gonna say something about it. I make for a very poor innocent bystander. I want to bring innovation and what I’m gonna bring is unpredictable. This is the first single off an upcoming album, and it will not be your typical Hip Hop album. This is one of many pretty critical tracks to come that explores life as we know it. I’ve never been a guy to gloss over anything, and my music is the vehicle for reflecting on the human condition.”

“Sith Lord Pimp” is currently available across all streaming platforms, and ShanEye said a full album should follow soon after.