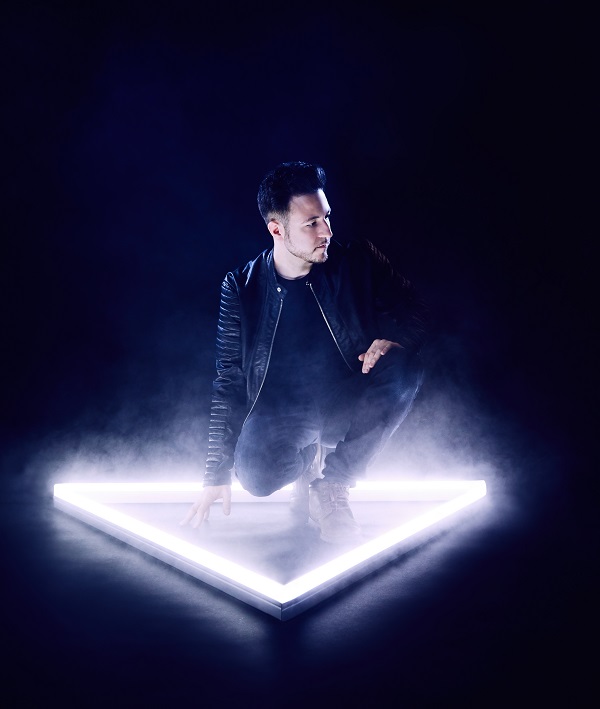 LOS ANGELES, CA – A unique cross-pollinated blend of cinematic, emotional and energetic sounds with a futuristic flavor takes center stage on a new project from LA producer Rob Romano. “Paint By Numbers” is an American music project created by Romano, who has been a singer, songwriter, multi-instrumentalist and producer for many years, working with some of the industry’s big names. His new project is a multi-layered exploration of many genres, from Indie Electronic to Modern Rock to Pop and all of the sub-genres that flow between those worlds. Sometimes Synth Pop, sometimes EDM, and sometimes Indie with hints of Modern Rock, the singles within the project explore sounds that are equal parts familiar and progressive.

The first single from the project, “Control,” is a perfect example of the new sound Romano is trying to capture. Set for global distribution across all streaming platforms on Jan. 8, the single showcases Romano’s adept ability to blend sounds into something that’s truly original. The song kicks off with mellow electric guitars, almost like the opening theme music to a hit show or movie. A cool EDM beat comes in for a mellow groove that has listeners swaying before they know it, laying the perfect foundation for the ethereal Pop vocals that Romano brings to the table. The chill vibe makes way for Synth Pop melodies that intermix with Indie guitar riffs that make it impossible for listeners not to move to the groove. It’s the perfect mid-tempo Dancehall jam that makes you want to press up close to that special someone, move and sway to the music.

“It has a chill futuristic flavor,” Romano said. “It should capture a feeling of something in the not-so-distant future. The lyrics use a lot of metaphors but in the end, it’s about rechanneling any bad feelings that happen and turning that dark energy into something positive and using it to your advantage. It has a very positive message that resonates perfectly with the current situation everybody is enduring. No matter how much life punches you in the face, control it in your mind and have a positive outlook.”

Though Romano has worked with many other artists in the past, this project is 100 percent him – from instrumentation to singing to production and everything in between. Born and raised in Italy, this veteran of the music industry moved to the U.S. about nine years ago to take his career to the next level, and he’s been developing his sound ever since. For many years now, he’s been trying to fuse different elements of different genres, some are not necessarily mainstream, in an effort to develop a new language of sound and make them more accessible to a larger audience.

The next single from his project should release by March or April, Romano said.