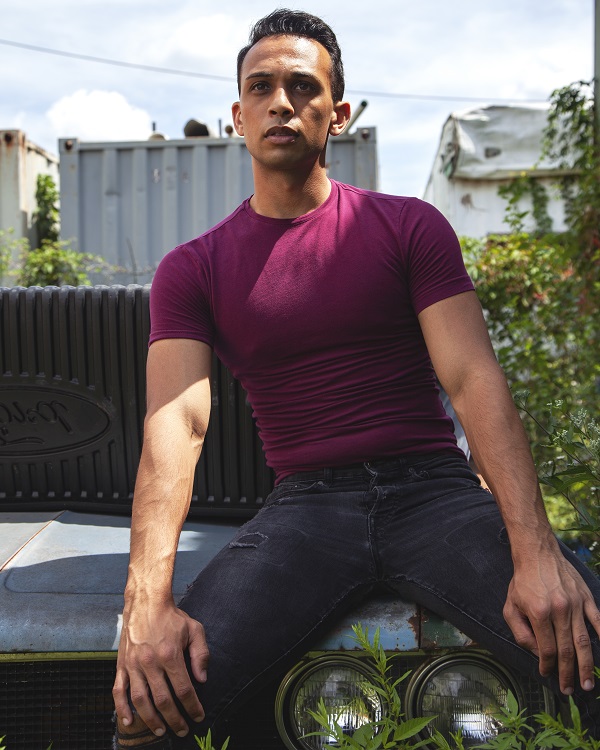 WASHINGTON, D.C. – If there’s one thing Matt Thompson absolutely loves, it’s a good anthemic song. His latest single “Accelerate” which is now out now on all streaming platforms, definitely fits the bill. With a sweeping energy that pairs catchy melody with witty wordplay, “Accelerate” is the absolute definition of an anthem.

“It’s a song about being impulsive and impatient with relationships,” Thompson said. “I’m the kind of person who wants things to go from zero to ten very quickly with relationships, even though I know good things take time to develop. I want it to happen now, but when I do it that way, it tends to blow up in my face. You know you should take things slowly but you can’t help yourself. The tone and vibe is windy and a bit stormy – the producer put a wind element to it that you can hear in the intro – but there’s also some Rock and Electronic elements to it that fuse with the anthemic Pop.”

Thompson said that it’s his tone as a singer that really sets him apart from anyone else in the game today, as well as the point of view he brings to the stories that he shares in his songs. He said his goal is always to write about his truth and to tell stories that connect with other people. That, at its core, is what a good song does, he said.

“I never want to sing a song that I can’t relate to,” he said. “I don’t want to write a song with words that don’t really mean anything. It has to have truth to it. It has to have a story. That’s how people connect to it. I want my mark to be someone who just writes really good music that hits people and connects to people and tells stories that feel like their story.”

Thompson said he grew up loving music while living in the D.C. area. He wrote his first song at age 11 and started writing for others at age 23. In 2019, he released his debut single, and his debut album “No Shame” quickly followed in February 2020. “Accelerate” is the follow-up to that album and precludes a couple of singles that he has lined up for the next six months. He also plans to release his second album before the year is over.

With “Accelerate,” Thompson worked with renowned Toronto-based producer Ryan Binhammer and producer/engineer Jake Vicious. The other singles that are slated to follow this year are also produced by Binhammer and Vicious.

To listen to Matt Thompson’s music or to follow him on social media, please visit: