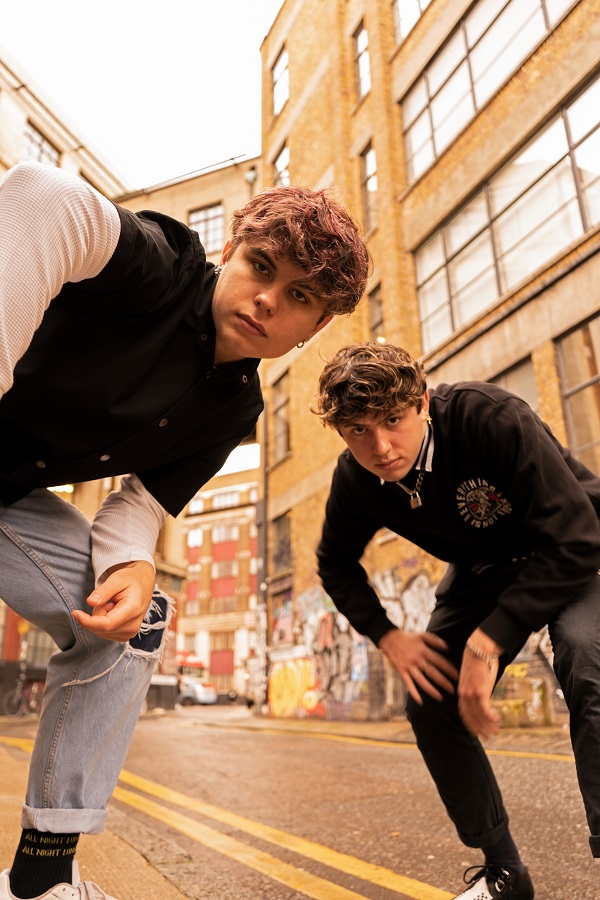 LONDON, UK – The British Invasion is primed for a return thanks to the head-turning sound of two young brothers who have formed the band Foundry13. Much like the cultural phenomenon of the mid 1960s that brought to America the legends of such bands as The Beatles, The Rolling Stones, The Who, The Kinks and The Animals, among others – Foundry13 is the kind of band that can start a whole new wave of British-born musical influence.

Over the past few years, these brothers have slowly been building a solid reputation for great music underneath a novel new sound that blends dark Pop undertones with Trap beats mixed with a distinct Rock vibe. Reminiscent of bands like Juice World or Twenty One Pilots, with touches of influence from older bands like The Clash or The Smiths, Foundry13 brings to light an impressive vibe that fans all over the world are beginning to clamor for. And though the global pandemic has been a hardship on their festival performances and plans for a tour this summer, it has also given the brothers an opportunity to dive head-first into creating new music.

Their latest release is a single called “Devil’s Lovenotes.” Currently available across all streaming platforms, this upbeat Indie Rock song uses upbeat vibes to tell the story of a guy who wants to get back with his girlfriend, who has left him to be with someone else. The guy in the story casts the competition as the devil, and he tries to convince the girl that he can treat her better than the devil can.  This song exposes the hard and struggling times the speaker has faced with their love interest in the past, and how they believe that the “Devil” is only using their love to punish the speaker. The song also brings more light to depression and mental health issues and how people can deal with them and let go of their worries as a whole.

“We’re constantly evolving our sound while retaining a distinct style by mixing and matching elements from Indie Pop,” said Joshua, the younger of the brothers and the lead singer. “We’re trying to produce a generation-defining sound.”

The band has already garnered ample industry attention through their previously released singles with many of those tracks often cruising the BBC Introducing airwaves. Having already played a number of high profile shows and venues – such as the O2 Islington, the band was also set  to play large venues such as” the Great Escape Music Festival, and the Thames Music Festival – the band is currently enjoying an extensive growth in fanbase. That’s set to explode even more as a wider international audience begins to discover their soft, chilled vocals and catchy melodies. That quality musicianship combined with their “flower power emo” style, as James calls it, is sure to set them on the international stage in big ways.

“We want to share our music with the world and let people understand what they’re going through doesn’t have to be alone,” James said. “We want to address topics that people sometimes find uncomfortable – like anxiety or mental illness or depression – and showing them that there is always a light at the end of the tunnel. That’s what our music is ultimately about: helping people get through their lives in a safe and better way.”

To listen to Foundry13’s music or to follow them on social media, please visit: