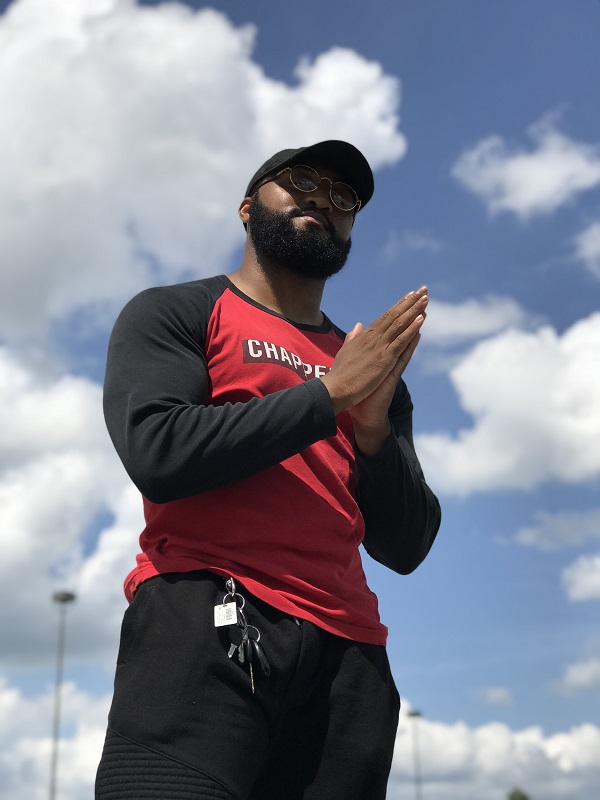 NEWPORT NEWS, VA – Aundre’ Raashad is an American artist with a message for the world: Consider Something Different.

The young, multitalented musician from Newport News, Virginia has seen his fair share of hard times. He’s no stranger to “bad decisions,” but his love for music is something that gave him a different perspective on the world around him. And it’s that unique perspective that he wants to bring to listeners of his music in ways that encourages them to consider something different.

“I’ve made a lot of mistakes in my life,” Raashad said. “I’ve never been locked up thankfully, but I’ve done a lot of senseless things. And when I go back and think over those things and how stupid it was, I realize it wasn’t worth the risk. And so with my music I just want to make people consider their ways and think about whether there’s a better way to do things.”

A perfect example of that is his latest single, “Student Loans.” The upbeat song with a jazz vibe showcases Raashad’s conscious rap in ways that are simultaneously catchy and deep. Taking a cue from some of his favorites artists like J. Cole, the song combines a catchy tune with a message that challenges young people to consider the risk-versus-reward of taking on a student loan.

“There’s this misnomer out there that you have to go to college and get a four-year degree to be financially stable,” Raashad said. “But that’s not necessarily true. Maybe college isn’t for everybody. So one of the things I’m doing with this song is encouraging people to learn trades. But more than that, I’m pushing people to do what they want to do to be happy as long as the consequence of that isn’t going into debt or getting into trouble.”

Raashad said he first got the idea for the song when he saw some of his college friends, who were student athletes, taking on student loans and then spending that money carelessly without thinking of how they were going to pay the loans back in the future. Much of the music he writes is pulled from life experiences like that – experiences that he said most people would think about one way, but through his music, he encourages them to think about in a different direction.

That inspirational music is further explored on his upcoming album, “Thank You For Your Time” which is set to release this summer. Not only is it a project that introduces the world to this young up-and-coming artist, but it’s also one that challenges listeners to stop negative generational cycles that lead to perpetual culture ills – like violence and drug addiction and fatherlessness.

“There’s a different route,” he said. “You don’t have to take the route that’s been shown to you before. Those are the pictures I want to paint with this album so that people who hear it are convinced not to fall victim to the same perpetual cycle.”

Raashad said his sound and style are unique not only for his lyrical consciousness but also for the way he takes inspiration from the sounds and styles of his favorite artists and fuses them with experimental vibes of his own. He points to artists like LL Cool J and Pharrell Williams, or Kendrick Lamar, J. Cole, and Jay-Z, as some of his favorites. But he’s quick to point out that he has a wide-reaching eclectic taste across multiple genres, and fans of his music can expect to see that diversity from him going forward.

Raashad said he plans to drop a new music video for “Student Loans” at midnight on Friday May 22nd, and that following Monday on May 25th midnight, he will release the full album of “Thank You For Your Time.”

To listen to Aundre’ Raashad’s music or to follow him on social media, please visit: