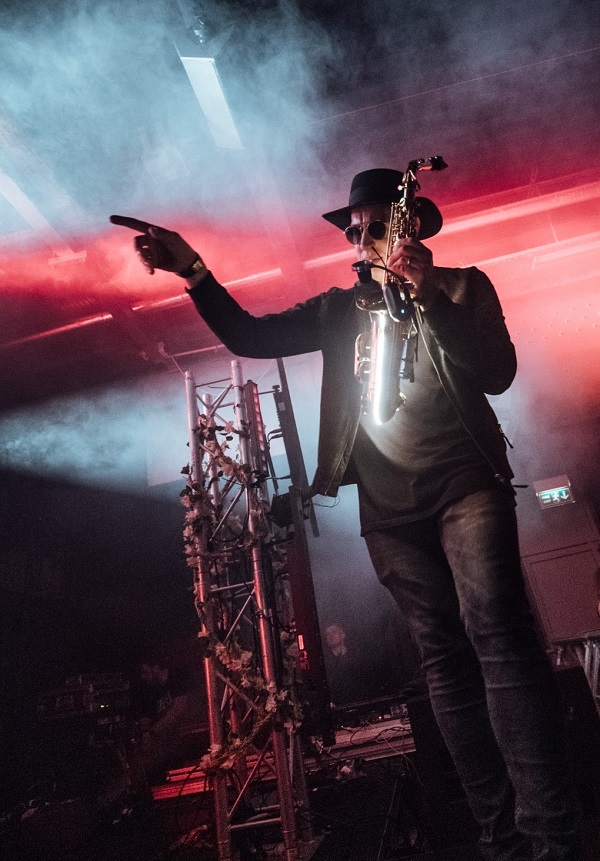 Powerful performer captures energy from stage,
infuses it into House Pop track ‘All Over You’

LONDON, ENGLAND – One of the most exciting things about the music landscape today is the number of new artists who are fusing together multiple genres to create original new sounds. Chris “Alto” Daniels is one such artist whose Jazz training as an alto sax player pairs in unexpectedly amazing ways with his journey as a House musician over the past few years. The result is three new singles that are guaranteed to be immediate staples in clubs and parties all over the world.

Alto’s sound is like none other. At once familiar with its energetic rhythms and upbeat vibes that demand listeners to dance, it’s also nuanced with its catchy saxophone hooks and soaring tenor vocals. With silky smooth vocals soaring over those dance-heavy tracks in ways that pair perfectly with his mastery of the saxophone. It’s a sound he described as House Pop, with the hook of the sax making it truly standout from anything else out there today.

“It’s directed more to the party side of things,” he said. “I’ve been playing sax over every type of music for a while now. I do about 200 gigs a year. I also studied Jazz in college and I love all sorts of genres. One of my greatest loves is being on a stage and hitting those high notes on a sax. It gives me goosebumps, and everybody else, too. I love that feeling when you’re elevating an audience. That’s what these songs will be – songs for parties and making everyone happy.”

The first of the three singles to be released over the next few months is a song called “All Over You.” It’s the first tune Alto ever wrote, and in the months since the pandemic hit, he said he’s found it a blessing to be able to be home and pour his attention into perfecting this single before distributing it to the world. It’s a song about a boy meeting a girl and getting attached to that person.

“Once you meet that person, you can’t live without them,” he said. “I’m in night clubs all the time and I have seen that scenario time after time when someone meets someone else and they connect immediately. But it’s an idea that can fit into all kinds of other situations. It’s one of those summer tracks – just happy, upbeat stuff. I want to eventually be able to play it in summer venues and daytime events like festivals and parties. I’ve done some festivals in Brazil and the Dominican Republic, and I love the energy and the stuff that happens at those kinds of events. I try to recreate in my music what happens on the stage, and I think people will see with each new song I release that I bring more and more energy and it just builds.”

Ultimately, Alto said he hopes to become an artist who is known for bringing attention back to the music. Some of his favorite artists are legends like Pink Floyd and Queen who could make people pay attention to a single song for 10-to-12 minutes, or longer. So much of today’s music is less than three minutes long, and he said his goal is to build an audience that will follow him on a journey that integrates longer “epic sax solos” across Pop House songs that could keep them dancing for hours on end.

To listen to Alto’s music or to follow him on social media, please visit: