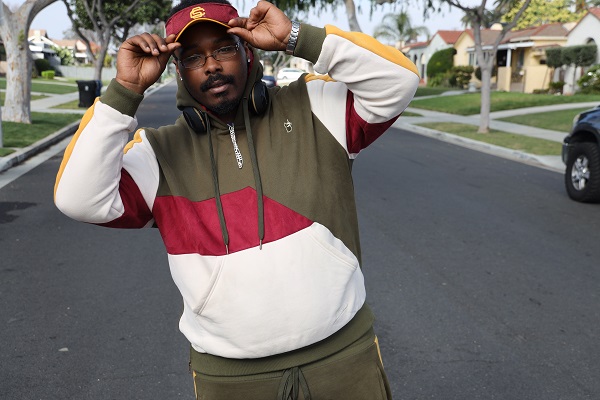 LOS ANGELES, CA – Yogi 700 is one of those unique individuals who also sees the glass as half-full. Born with 7 fingers he’s very optimistic, and his music offers that same kind of hope to the world. As a young 23-year-old artist trying to show the world his unique sound and style, Yogi 700 demonstrates that never-give-up attitude in ways that are equal parts inspiring and motivational. With his latest album “700 Milligramz” which features the hit single “Dangerous,” Yogi 700 is set to launch himself onto the global stage in big ways.

“700 Milligramz” is an album that Yogi 700 said will get fans equal parts turnt up and turned down. It tells his life story – from the moment he arrived in LA a few years ago to the point that he’s at today. He said he wanted to give the world a project that only gives off the full spectrum of who he once was compared to who he is today, but also an album that showcases his wide range of styles and sounds.

“There’s singing and rapping,” he said. “There’s Hip Hop and Soul and a little bit of Pop. Singing, more than anything else, is the core of what led me to music. I try to make that the biggest core of most of my music, unless there’s something occurring inside that makes me want to let it out as a Rap song. But most of this project will be songs that people can feel on a deeper level and vibe to.”

“Dangerous” is perhaps the best example of that. It’s a song that explores the aches of heartbreak and the joys of reunion, or at least the hopes of a reunion. Yogi 700 said he was fascinated with that liminal space in which so many people find themselves when they’re hoping for a relationship to take the next step.

“Even though you know that’s what you want, you’re teeter-tottering if it’s gonna happen,” he said. “This song is about focusing on you and letting things happen as they are instead of trying to force it. It’s got the kind of vibe that makes you just want to sit on the couch and relax – something that’s gonna vibe you down.”

This isn’t the first project that Yogi 700 has released to the world. Prior to moving to LA, he released several mixtapes and singles in his hometown of Iowa City, Iowa. After a series of hardships that saw Yogi 700 living on the streets for a while, he got his big break in LA when label owner Mark Ellis and Billy Davenport signed him to his first recording contract with Static Music Group. From there, he started to build a base in LA, and that journey of ups and downs makes up the core of his new album.

To listen to Yogi 700’s music or to follow him on social media, please visit: