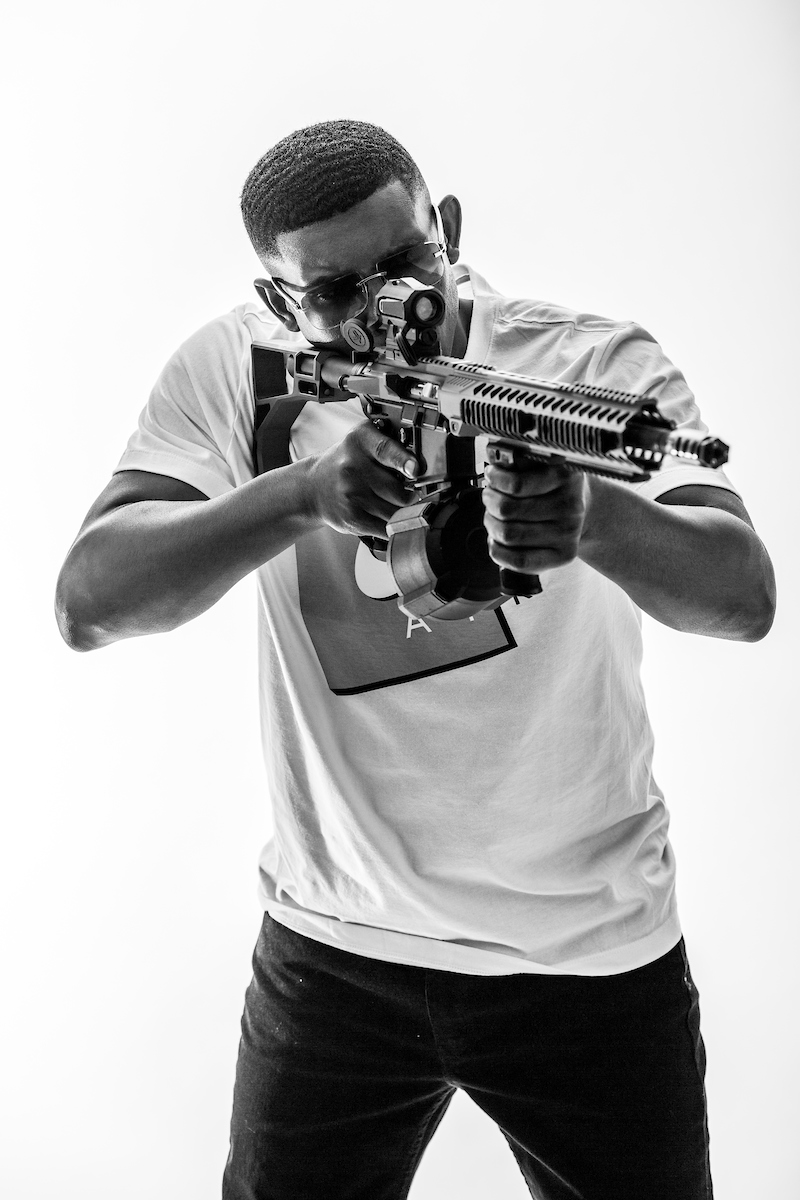 Imagine spending most of your life thinking you couldn’t communicate with anyone and something is wrong with you . Between 6 and 8 million people in the United States alone carry that burden everyday having some form of language impairment. Detroit rapper 7deuce found that music was all the therapy he ever needed.

After serving in the Marine Corps, 7deuce found music coincidentally after being advised to try poetry by his speech therapist. He found that the stutter that once tremendously affected the way he communicated, didn’t exist when speaking to a rhythm or beat. So to pay homage to the craft that helped a lifelong disability, 7deuce continued rapping and developing his abilities as an artist.

This rest is history. Since then the former Marine often referred to as “The Guy With The Guns”, released his debut project entitled John Wick and amassed nearly 400,000 streams across platforms. Fans raved over his catchy punch line styled rap lyrics that ironically do not include swear words, and are craving more .

Partnering with fellow Detroit artist Royal T, a collaborative project entitled “Splash Bros” is set to be released sometime in April 2021. Until then you can check out the visuals for the lead off single also entitled Splash Bros on YouTube. Get live updates regarding 7deuce by following him on Instagram @__7deuce (2 underscores)