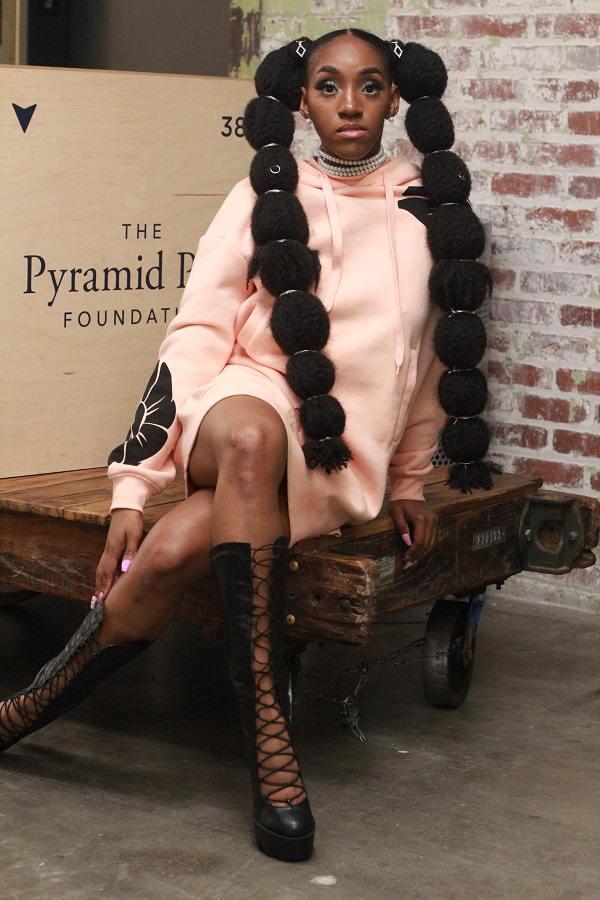 ATLANTA, GA – Experienced singer, dancer and performing artist, Mikka Simone has been thrilling audiences for over ten years. As a singer, she delivers a raw form of R&B which she refers to as “Rhythm n Bounce.” Authentic and captivating, her music is characterized by moving lyrics and intriguing instrumentation choices.

Mikka released her latest single, “3:32” (“Synchronicity”) earlier this month. After putting the piece together, she discovered that she had been born at that time. The song is about moving forward no matter what, especially when things are not working out as planned in relationships, business or any circumstance where you are being held back. “It’s just a matter of moving forward,” Mikka said, “and learning the lesson within the lesson.” She worked on the song’s initial concept with the producer from her previous project and recorded some of the track with him in Atlanta. After deciding on a new direction, she finished recording in Memphis.

Mikka is also getting ready to release her second full project, “The One Time,” which will feature “3:32” and other new music recorded in Atlanta and Memphis. The project focuses on taking chances – from going on a blind date to skydiving. It’s about risk taking and reaping the rewards. She has 14 songs recorded for “The One Time” and is narrowing down to the final ten tracks before releasing the project sometime later this year.

Also recorded in Atlanta and Memphis, the song “Fly Away” may be released as a combination of the two recordings or as two individual tracks. It has a bounce to it, with a laid back chill vibe for enjoying a night out on the town without distractions from anyone. Another track, “My Man” unfolds a crush that one may have, or an experience one may want to dive into with a significant other.

Mikka Simone’s extensive performance experience includes dance and theatre which gives her quite an advantage. She knows what to do onstage and in front of a camera, illustrated by her TEDx visual improvisation performance which can be seen on her YouTube channel. From all of her featured videos, it is clear that she knows how to convert an audience’s energy into a pumped up performance.

Through her music, Mikka is telling her story from her own unique perspective. “I believe my experiences have molded me into the person that I am and the person that I’m becoming, speaking out my higher self on a constant basis,” she said. “I’m just driving into that, allowing it to happen.”

Influenced by all the greats, Mikka’s strongest music influences are Aaliyah, Missy Elliot, Gucci Mane, Ciara, J Cole, Nipsey Hustle, Ke Ke Palmer, plus Nina Simone for her lyricism. She also looks up to Maya Angelou (who dabbled in music before becoming a world renowned poet) when it comes to fearless expression.

Mikka likes to keep very busy. She is shooting the music video for “3:32.” Its release will be closely followed by “The One Time” project. Additionally, Mikka is working on another major project titled “Mood AF” which promises to express a variety of moods.

To listen to Mikka’s music or follow her on social media, please visit: