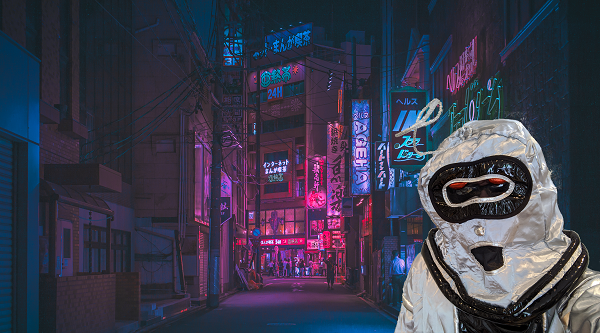 NORTHERN VIRGINIA – As the world becomes more and more digital, the Bot Master has emerged with an energetic sound and optimistic vibe. Behind the Bot Master persona is an independent record producer, songwriter and musician with a diverse background and experience in disparate genres.

After growing up playing in heavy metal bands, Bot Master collaborated with emerging stars on pop music during his internship at a music management company while studying music at NYU in New York City. As a keyboardist, he composes through a music theory perspective instead of simply dropping samples. Bot Master merges variety, raw emotionality and top-tier production in his breakout EP called ”The Next Level.”

Produced and written by Bot Master, “The Next Level” blends Pop, Electronic and Hip Hop styles to deliver mainstream music with digital sounds. Its uplifting mood and positive outlook towards the future feel particularly relevant during this difficult time of global unrest. The 5 tracks were recorded in the DC area to showcase Bot Master’s songwriting and production skills.

The artist has teased out two music videos leading up to the release of his new EP on May 29th. The songs, “Moving On” a forward looking, upbeat pop number, and “To The Ground,” a catchy song with a more Hip Hop feel, are part of the upcoming ”The Next Level” EP, currently available by pre-save link on Spotify.

This Virginia native has been exposed to many different types of music from an early age. At five years old, he began playing the piano and some of his early music influences included Metallica and Snoop Dogg. Moving to New York City in 2011, Bot Master interned with a company that managed songwriters for popular artists such as Katy Perry, Maroon 5, Justin Bieber, Ed Sheeran, and Rihanna. He stepped away from music for a while, returned to Northern Virginia in 2015, and began to focus once again on music. Shortly afterwards, he suffered an accident that required him to become mostly cyborg.

Starting anew and appearing anonymously in his futuristic robot suit, Bot Master is representative of our increasingly digital existence and increased isolation. The artist is influenced by the likes of Marshmello, The Chainsmokers, Benny Blanco and System of A Down. His cyborg persona has a distinct dystopian cyberpunk feel to it. “As we live quarantined lifestyles, the Bot Master imagery reflects that feeling of isolation in a post-pandemic world,” the artist explained.

Bot Master is an innovative combination of captivating music, technical skill and artistry which is destined to thrill listeners for years, regardless of what the future brings. The Bot Master is currently working on his follow up project which will be an album with heavier music. A fan of Japanese Vocaloid music similar to Hatsune Miku, he plans to combine that type of sound with a heavy rock and metal sound.

To listen to Bot Master’s music or follow him on social media, please visit the following links: